How can I identify if my child is addicted to video games? 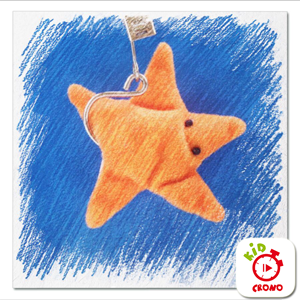 Would you say your kid is simply interested, entertained, attracted, enthusiastic, passionate, hooked or addicted? Find out now.

While every kid reacts differently to video games, the negative impact of excessive use of digital screens is now largely demonstrated by numerous paediatric studies. Drawing the line between healthy and unhealthy use of technology is more subtle that it seems.

We offer you an interactive quiz to help you evaluate to which extent your child might be dependent or addicted to technology. Symptoms of addiction have many forms. This guide takes into account the advice of Richard Graham, Technology Addiction Psychiatrist at London’s Nightingale Hospital as well as the signs of smartphone addiction described by James Roberts, professor of marketing focused on the psychology of consumer behavior.

Although it may seem harmless, the excessive use of screens has negative effects related to three main aspects:

It’s great that kids play and have fun for a while with screens. However, constant entertainment with such equipment generates dependence and addiction. That’s a real risk many parents don’t want to honestly face as it is often very convenient to use technology or screens as babysitter replacements. Don’t be mistaken: your kid will ultimately pay the price for all these abuses.

Differences between dependence and addiction

In addition to these three factors, the addiction implies that a particular activity becomes the most important thing in the life of the person. It results from an illness triggered by brain changes that occur after using some drugs or after engaging in some extremely pleasurable activities. It dominates thoughts, feelings and behaviour. It also creates conflicts.

The addiction to mobile phones is a compulsive disorder that can have severe negative consequences on health and social relationships. For example, someone addicted to video games will often avoid sleeping or eating proper meals in order to continue gaming. It could eventually lead to a sleep disorder or diet-related health issues.

What is important is not the particular activity that generates dependence, but the relationship established with it and the existence of a prior predisposition (environmental conditions and personality of the child). In this regard, Dr. Bruce Alexander, professor of psychology in Vancouver, argues that addiction is an adaptation to an unfavorable environment

Griffiths, M.D. 1998 indicates the existence of “technological addictions” which are defined as non-chemical addictions that involve human-machine interaction. These can be passive (television) or active (video games, the Internet).

Echeburúa, E.1999 and Griffiths said that the Internet could be, in most cases, only a means or place to fuel other addictions or disorders related to: sex, gambling, food, shopping and work.

Human beings have a deep need for attachment and bonding. If we cannot connect with people, we will connect with anything we find to obtain satisfaction. – Peter Cohen, sociologist.

Based on your responses, the addiction evaluation of your kid is:

Your kid seems to have been protected from the negative effects of digital gaming. It is likely that your kid does not care much about technology or that you are teaching a healthy relationship with digital screens. Keep doing so!

If you see any deviation, use applications like Kid Crono that incentivise kids to respect their playtime limits.

It is time to pay more attention to your child and the relationship with technology. Inviting children to do other activities in order to unplug them from all forms of digital screens (television, consoles, tablets, smarphones…) is a good first step.

We recommend to follow our 10 steps to unhook your children from smartphones and leverage apps like Kid Crono that incentivise kids to set their own playtime limits.

Your child has crossed a dangerous line. It might be hard to admit but it is necessary to take further action and seek help from a specialist in order to change the compulsive habits related to the use of mobile devices and screens. Note that simply prohibiting the use of screens would be worse. The right step towards a long term improvement is to establish a closer relationship with your children and find other areas of interest they enjoy.

We recommend to follow our 10 steps to unhook your children from smartphones and leverage apps like Kid Crono that incentivise kids to set and respect their own playtime limits. 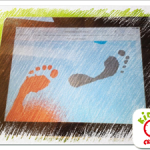 11 steps to unplug children from smartphones 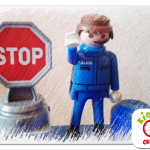 5 reasons and 7 ideas for setting limits with your children